What's on your book shelf?

What is on your bookshelf?
Look at the books and then check at their websites.

These are some of the books in my library. I also put art on the shelves. You can identify a Nancy Natale. There's also a Rose Olson (she's a Boston-based painter who does extraordinary things with veils of color) and a drawing on canvas by my niece Toria when she was about nine years old depicting a palette and easel, which she titled on the painting, "The Artist's Touch." She's an adult now but I love that little painting. There's also a small oil-on-panel view, postcard size, of I Faraglioni, the rocks of off Capri., which I bought on my first trip to the island some 35 years ago. There's also a table in my living room groaning with more recent books, including: Women Gallerists in the 20th and 21st Centuries; Bridget Riley; Line, the catalog of the MoMA show last year; and My Name is Charles Saatchi and I am an Artoholic. That latter  I understand very well, as I am a bookoholic. 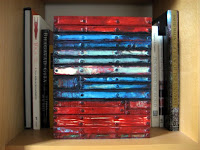 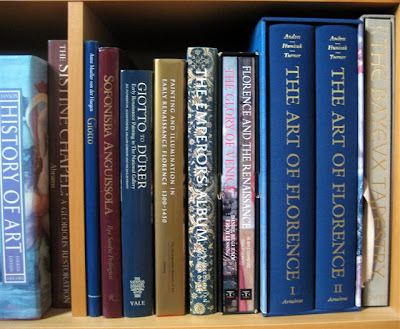 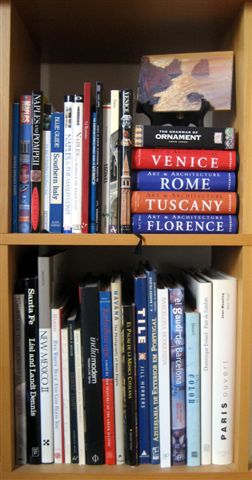 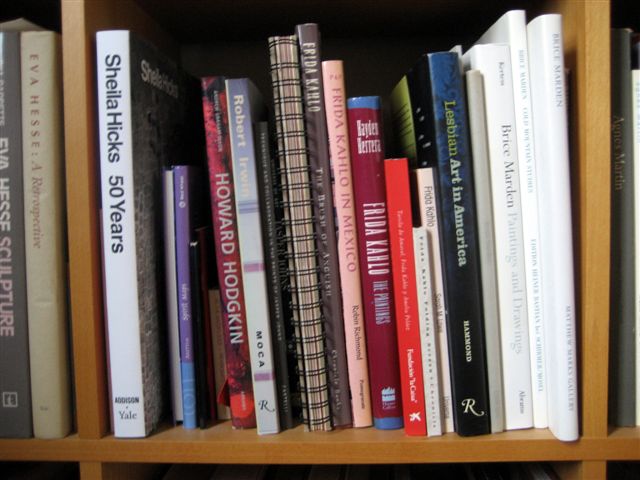 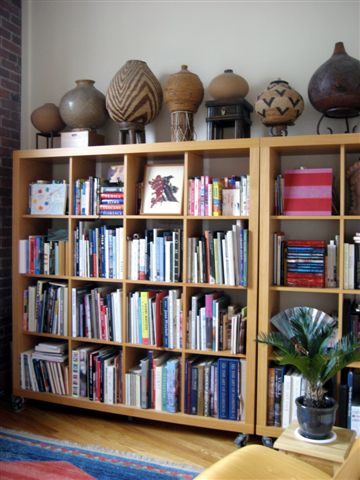 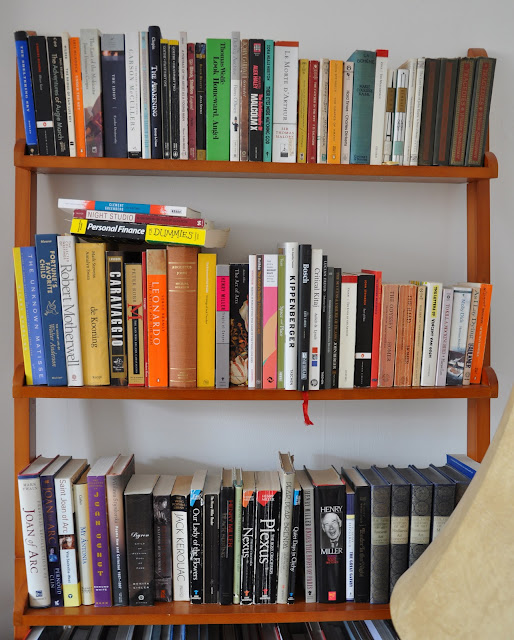 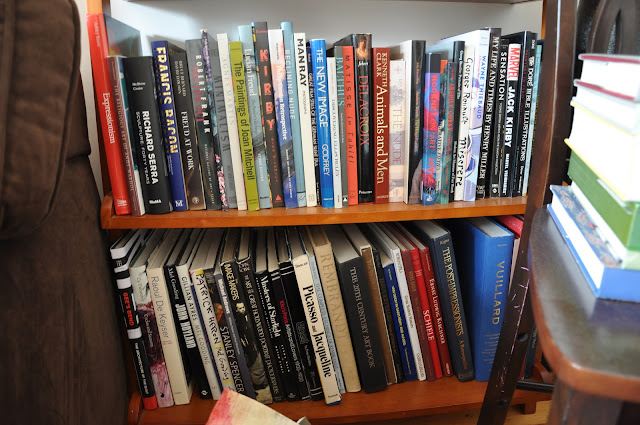 Sue Katz
So in my computer room/library are lots of books - a shot of more recently acquired books and some "oldies but goodies" from Japan (we went there in 2004) - the best book about process: Zen In the Art of Archery" by Eugene Herrigel, 1960s, and a book about proportion in the Japanese house and book once borrowed by Richard Serra,"Forms in Japan," about language for forms. 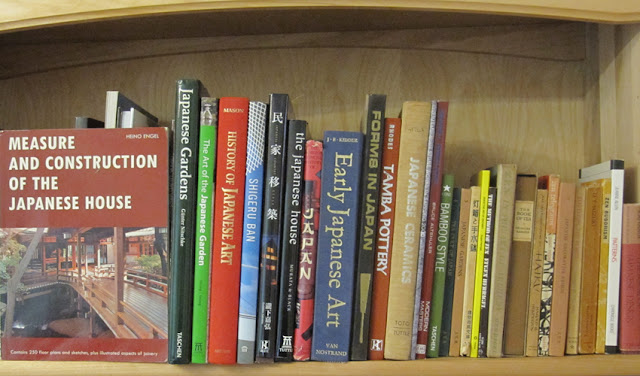 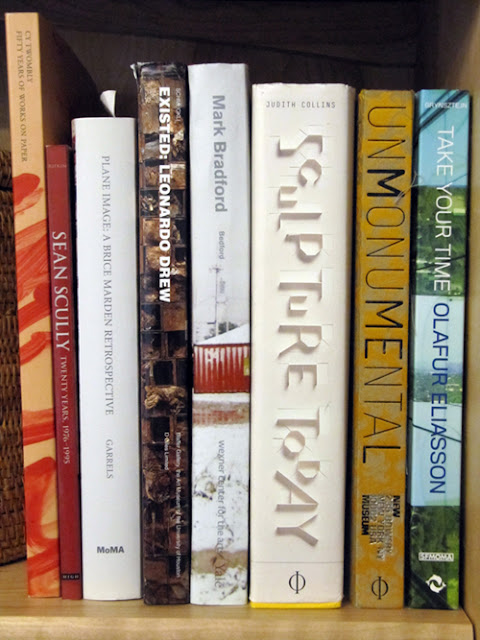 attached are some book shots from around the very neat, on the market house 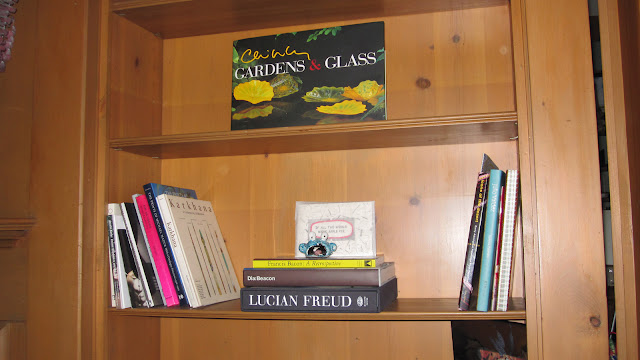 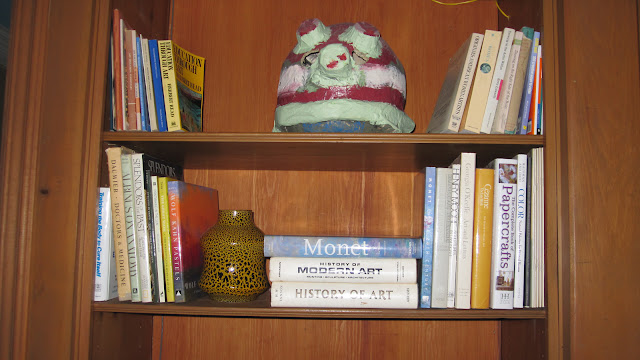 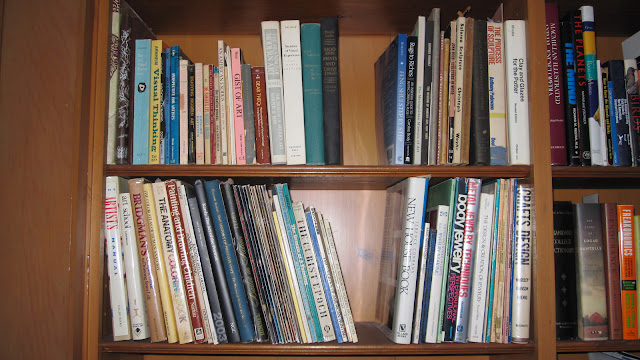 These are wonderful shelves to poke around in! What a great idea. Thanks.

Please visit my website to view my work, exhibitions and up to date workshops.
I also offer Virtual Studio Visits for artists.
Virtual Visits offer more personal, in-depth responses to artists while they are working on ongoing projects. Artists can engage at their own pace with custom tailored curriculum based on their experience and needs.
Mentoring sessions can be purchased in blocks of 3 hours of “one-on-one” time (1/2 hour )
Special Offer 3/25-4/25 here
Virtual Seminars Coming

Artists who would like to participate In this personal course of study can buy a 3-hour block for $525. Payments are accepted by check or via PayPal. 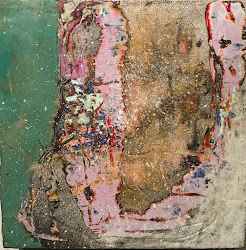